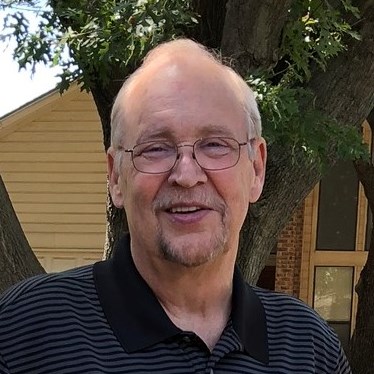 When lab work from Gary’s annual physical in November 2017 revealed a red blood cell count that was “a bit off” according to his doctor, a second blood sample was taken. Gary was told he was likely anemic and low on vitamin B12. He was then referred to a hematologist.

“When I arrived at the hematologist’s office, the door said hematology/oncology. I said to myself, ‘I’m not in a good place here.’”

As a U.S. Navy veteran technician from the U.S.S. Independence during the Iran Contra hostage crisis who went on to design control systems for power plants across the U.S., Gary had devoted his life to understanding how things work. So the thought of not having readily available information for his health condition was unacceptable: “Everything I found on the internet had the word ‘cancer’ attached to it, but I was being told very little by the doctors responsible for my care.”

The hematologist recommended a bone marrow biopsy, which Gary had in March 2018. The biopsy revealed 6% myeloblasts (a type of white blood cell that does not mature properly or carry on its normal function),1 in his bone marrow, but no information on what kind of mutation may be involved. For context, in healthy people typically less than or equal to 5% of blood cells in the bone marrow are myeloblasts.2

“I didn’t realize I was borderline for myelodysplastic syndromes (MDS) and was never told how serious it could be and the possibility of it leading to leukemia.” About one-third of people diagnosed with MDS may develop secondary acute myeloid leukemia (sAML).3

Meanwhile, Gary’s energy was gradually fading. He was tired, depressed and not sleeping. His platelet counts were dropping. Fortunately, beyond the science books he was making his way through to learn as much as he could about his uncertain condition, he made the decision to reach out to one of the area’s leading medical centers, UT Southwestern, for a second opinion that would soon lead him to finding the right fit – in this case, a highly regarded clinical specialist in MDS and AML.

“The biggest difference for me in meeting with my new doctor was an informed, thoughtful, candid and educated conversation. This is what I desperately needed. I was told in a straightforward manner what the possibilities were for my prognosis, the likelihood of disease progression, and we even talked about life expectancy. It was the first opportunity for me and my wife to feel truly informed and know what we were dealing with.”

Following a second bone marrow biopsy in June 2018, this one with Gary’s new medical team at UT Southwestern, a more aggressive treatment approach ensued that combined chemotherapy with platelet transfusions through a port which Gary’s physician had recommended to ease treatment intake. Gary’s own research and focused discussions with his doctor identified an MDS clinical trial in which he was planning to participate. Then came a phone call from Gary’s physician that would change his plans.

“She called me on a Monday and said I need you in the hospital on Wednesday. Your myeloblast count went from 6% to 60%. Your MDS has progressed to leukemia.”

Gary had gone from an annual physical after which a doctor suggested he might be anemic, to a full blown acute myeloid leukemia. When he arrived at the hospital, they immediately began a combination of chemotherapy treatments and an oral drug treatment.

“Candidly, at this point I felt like I was toast. But I was not ready to give up. And I had a great support system. My wife went to every appointment with me, and there were many. She was my true caregiver, spending hours with me every day when I was in the hospital for extended periods of time, making me food every day so I didn’t have to rely on hospital food.”

Gary drove the conversation with his doctor about the possibility of a stem cell transplant, including the testing of his five siblings to determine if any of them was a match. One brother was a match, but they had to get Gary’s blood counts under control before the procedure was an option. High-dose (also known as intensive) chemotherapy was doing just that, but as plans were in place for the transplant to be scheduled, his medical team uncovered prostate cancer in his system.

It is no surprise that Gary’s journey has continued to take detours to this day. He eventually had a stem cell transplant with his brother as donor. And COVID-19 has turned many specialist appointments in recent months – kidney, liver, eye, pulmonologist – into a combination of telehealth and treatment visits whenever necessary.

Through it all, Gary continues to be his own advocate and consummate researcher, using his science books and rapidly evolving relationship with the MDS Foundation to always learn more, working closely with his physician to discuss realities and options, and keeping his focus on tomorrow.

“If I had one piece of advice to give others going through a challenging health journey, it would be to find the right doctor, the right specialist, who lives and breathes specifically what you’re dealing with 24 hours a day, just like you’re going to be living it around the clock. Finding that right fit is key!”

“If I had one piece of advice to give others going through a challenging health journey, it would be to find the right doctor, the right specialist, who lives and breathes specifically what you’re dealing with 24 hours a day, just like you’re going to be living it around the clock. Finding that right fit is key!”
-Gary, AML patient
1 National Cancer Institute. NCI dictionary of cancer terms. https://www.cancer.gov/publications/dictionaries/cancer-terms. Accessed September 2, 2022.
2 Kennedy JA, Ebert BL. Clinical implications of genetic mutations in myelodysplastic syndrome. J Clin Oncol. 2017;35(9):968-974.
3 American Cancer Society. What are myelodysplastic syndromes? https://www.cancer.org/cancer/myelodysplastic-syndrome/about/what-is-mds.html. Updated January 22, 2018. Accessed August 2, 2022.